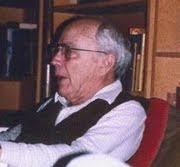 Some anonymous fellow in the combox to this post got awfully upset at the assertive tone I sometimes take in my writings. “Unbecoming of a professional philosopher,” and all that. It must kill the poor guy to see so many contemporary academic philosophers smugly assume, without argument, the truth of naturalism or liberalism (say) or casually dismiss religious belief without knowing what its most significant defenders have actually said. And it must be absolutely devastating for him to see all that horrible unprofessional, unphilosophical assertiveness in a Hume, a Nietzsche, or a Russell.

Anyway, his lament reminded me of this passage from David Stove’s The Plato Cult and Other Philosophical Follies:
Much of what the ‘modern nervous’ reader finds abrasive, in nineteenth-century writers, is no more than a masculine and admirable directness. And, when you come right down to it, there simply is no non-Whiggish way of writing, about science or any subject. It is an entirely pointless for an author to indulge in general acknowledgments of his liability to error and ignorance; while he cannot, on obvious logical grounds, point out to us specifically where he errs or is ignorant. He could, of course, conciliate modern nervousness by putting ‘It seems to me that…’ in front of everything he wishes to say. But that is a proceeding equally pointless and vexatious, as well as generating a regress (‘It seems to me that it seems to me that…’) which will prevent him from ever saying anything at all. (pp. 23-4)
The “modern nervousness” of which Stove speaks is a purported reluctance of contemporary thinkers to be too confident in asserting the truth of their opinions, in light of the overthrow of scientific theories once thought to be unchallengeable. Hence the tentativeness and modesty that is – again, purportedly – the hallmark of contemporary academic writing, and which one generally does not find in philosophers of the past. An Aristotle, Aquinas, Descartes, or Kant just tells you straightforwardly what he thinks is true, and why he thinks it. So too did the lesser lights -- Stove's discussion concerns the matter-of-fact confidence of tone that was standard in the Victorian era. Contemporary philosophers like to pretend that no serious member of their guild would ever be so rash as that – that we must hedge every claim, that all we can ever say responsibly is that such-and-such appears very plausible and worthy of consideration and further investigation, that so-and-so seems at least defensible while the opposite view seems hard to defend but hey, who the hell knows for sure, etc. etc.
I say “purported” and “pretend” because this contemporary idealization of tentativeness and intellectual humility is to a large extent phony. Not always, of course, and not on relatively minor issues. But largely, and with respect to the biggest issues; and Stove thus gives the people he is criticizing too much credit (which is saying something, considering Stove’s usual approach). As I’ve already indicated, at least a very great many academics are not the least bit tentative vis-à-vis their commitment to naturalism or left-of-center politics. You will not hear many of them saying “Well, this ‘non-sexist’ ‘inclusive language’ stuff seems pretty sound to me, but of course, we shouldn’t arrogantly expect all students, submitters of journal articles, etc. to adopt that style themselves as if no one could reasonably disagree with it!” You will wait in vain in most faculty lounges to overhear anyone suggest “Gee, I guess it’s just possible that we fling around accusations of ‘racism’ and ‘sexism’ a bit too freely. I mean, consider the Larry Summers case…” APA members do not generally keep themselves awake at night worrying whether the stigmatizing of universities with “homophobic” hiring policies might reflect a lack of intellectual humility and open-mindedness with respect to natural law arguments against homosexual acts. An alarming number of contemporary philosophers who know nothing about philosophy of religion – as is obvious to any expert in the subject who examines their amateurish forays into it – have no scruples whatsoever about pronouncing confidently that religious belief is intellectually disreputable. Etc. etc. etc.
It’s the old story: As good academics, we should be open-minded, respectful of dissenting views, treating every conclusion as provisional. Except, you know, regarding what “everyone knows” is “just so obvious.” In short, “tentativeness and humility for thee, but not for me.”