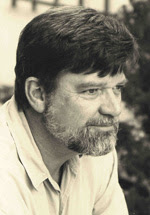 Let’s continue our look at Paul Churchland’s critical discussion of dualism in his textbook Matter and Consciousness. I have noted that while Churchland neglects even to mention the most important arguments for dualism and devotes space to arguments that dualist philosophers themselves don’t actually put much stock in, he does at least discuss two arguments that many such philosophers do think important: the argument from introspection and the argument from irreducibility.