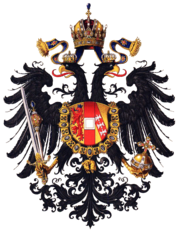 The label “empire” is often applied to the United States as an epithet, not only by left-wingers but also by paleoconservatives. But imperialism is neither inherently immoral nor inherently unconservative, and it is false to assume that the fact that some American policy might plausibly be described as “imperialist” is ipso facto a reason for a conservative to disapprove of it. (Of course, there might be other reasons to disapprove of it. That something is “imperialist” doesn’t make it necessarily good either. The point is that imperialism per se is morally neutral.)

I recently came across this article by the Catholic writer Charles Coulombe which usefully explains some of the reasons why. H. W. Crocker’s article “The Case for an American Empire,” which appeared in Crisis magazine back in October 2004, made some similar points. (Unfortunately, I have been unable to find a working link to it.) Significantly, Coulombe and Crocker are writers with “paleoconservative“ tendencies; their views cannot be written off as “neocon” propaganda. And Coulombe, at least, is not a defender of the war in Iraq. (This is good evidence, by the way, that “paleocon” is as useless as “neocon” has become as a term of serious political analysis. In any case, and as I have argued at length elsewhere – here, here, and here – whatever one thinks of the wisdom or prosecution of the war in Iraq, that it is at least a just war is a proposition that can be readily defended on grounds that any paleoconservative must take seriously. But I have no intention of revisiting this issue just now.)

Two small criticisms of Coulombe’s article. First, while I think he is right to hold that Americans ultimately don’t have the stomach for imperialism, his pessimistic conclusions about the American project in Iraq have been undermined somewhat by General Petraeus’ successes. (Though in fairness, Coulombe’s article was written over a year ago.)

Second, Coulombe gives the impression that the legalization of abortion in Japan in 1949 was both the policy of General Douglas MacArthur and the expression of a messianic American liberalism intent on imposing its mores on the world. In fact it was neither. (One suspects Coulombe has bought into the myth that MacArthur governed as an absolute dictator in Japan and remade Japanese society entirely according to his personal vision. In fact the Japanese were allowed a fair bit of leeway in settling matters of detail for themselves, and the policies MacArthur did impose were largely, though not entirely, formulated in Washington.)

For one thing, the legalization of abortion was not on the radar screen of mainstream American liberalism in 1949, even if there were radicals who foresaw a day when it might be. For another, one of those radicals, Margaret Sanger, was prevented by MacArthur from even entering Japan, so controversial at the time were her views on birth control and related matters. MacArthur also suppressed a report on overpopulation that favored birth control, under pressure from Catholic and other religious organizations who objected to it, and resolved to stay neutral on the matter, letting the Japanese Diet settle things for itself. Far from being an American import, abortion seems to have been something already practiced in Japan as a means of birth control, and the 1949 law merely codified it. And far from pushing for it in the interests of imposing American liberalism, MacArthur refused to get involved precisely to avoid seeming to meddle too closely in Japanese affairs, and also, perhaps, to avoid offending American religious groups and thus damaging his prospects as a future presidential candidate. (For a useful discussion of this subject, see D. Clayton James’s The Years of MacArthur, Vol. 3: Triumph and Disaster 1945-1964, pp. 279-281.)