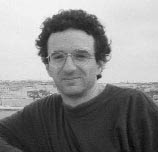 The arguments presented in my recent series of posts on dualism have been more or less ecumenical. That is to say, they have not attempted to defend any particular form of dualism, but merely tried to show that the mind must be immaterial, leaving open the question of how exactly the immaterial mind relates to the material side of human nature.

But as readers of The Last Superstition and Philosophy of Mind know, I do not in fact think that all forms of dualism are equally defensible. The version I would myself defend is neither Cartesian substance dualism, nor property dualism, nor emergent dualism, but rather hylemorphic dualism, so called because it is informed by hylemorphism, the Aristotelian-Thomistic-Scholastic view that material substances are composites of form and matter. (The theory is also sometimes called Thomistic dualism, after Thomas Aquinas, its most significant advocate historically.)
David S. Oderberg (who seems to have invented the label "hylemorphic dualism") is among the view's most skilled contemporary defenders. His 2005 article "Hylemorphic dualism" is must reading for those interested in the subject, and he has recently published another important article entitled "Concepts, dualism, and the human intellect," which is available here. Check it out.
Incidentally, anyone who wants to see what a rigorous and detailed contemporary defense of Aristotelian-Thomistic metaphysics would look like should invest in Oderberg's brilliant recent book Real Essentialism.