Almost as stupid as “same-sex marriage” 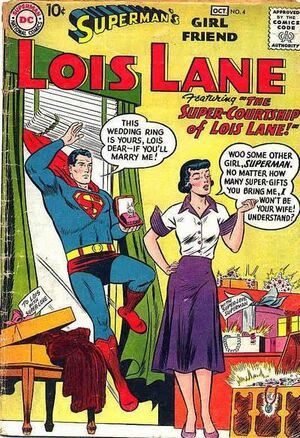 A Japanese man is petitioning his government to allow marriage between human beings and… wait for it… cartoon characters. Moreover, he has so far convinced more than 1000 others to sign his petition. This is, apparently, not a joke. The man in question, who is thoroughly immersed in Japan’s thriving comic book subculture, explains that he feels more comfortable with “two-dimensional” people than with the “three-dimensional” kind.

This makes a twisted kind of sense when you consider the pathetic state of arrested adolescence in which so many contemporary men live their lives – obsessed well into their thirties and forties with the minutiae of fictional “universes” (as chronicled in comic books, movie franchises, role-playing games, and the like), often still living with their parents, deriving their sense of how men relate to women from pornography and sitcoms, etc. The women a fellow like this meets in fiction can come to seem infinitely more desirable than the real thing, which can hardly live up to the fantasized ideal – if only because no self-respecting real-life woman would give such a loser the time of day.
So, perhaps “inter-dimensional marriage” will soon overtake “same-sex marriage” as the burning “civil rights” issue of our time. After all, we don’t want to “discriminate” against those with a “two-dimensional orientation.” No doubt there’s a “loser gene” just waiting to be discovered, confirmation of which will prove that some people are just “born that way.” And we mustn’t in any event be “cartoonophobic.” It’s up to us to “define” what marriage is anyway, no? (Or at least, if you’re a modern “conservative,” it’s up to “the people,” though not the courts.) Inter-dimensional marriage opponents will surely come to seem to future generations like George Wallace – standing in the doorway of the local comic book store, keeping people from marrying the two-dimensional “person of their choice.”
Of course, I’m not trying to insinuate that “same-sex marriage” is as stupid as this – because in fact, it’s far more stupid. Consider: Who’s the bigger fool, the man who thinks two imaginary apples added to two real ones make four real apples, or the man who thinks two real apples and two further real ones make five apples? I’d say the latter – the former may be delusional, but at least he can add. Similarly, someone who wants to marry Lois Lane at least wants to do something that is logically possible – for Lois Lane might have existed, even though in fact she does not. But someone who wants to “marry” someone of the same sex wants to do something that is logically impossible, just as making two and two five is logically impossible.
Modern people, even many self-described conservatives, fail to see this, because they are often tacitly committed to a kind of nominalism or conceptualism on which words can ever only express what we decide they ought to as a matter of convention. All definitions become “nominal definitions” rather than “real definitions.” Of course, such people never follow out the implications of this nominalism thoroughly or consistently – or at least they haven’t yet – because the implications would be too preposterous, indeed grotesque. But occasionally they follow them out just a little bit further than previous generations have… with the result that, say, “same-sex marriage” suddenly comes to seems sane and even inevitable, rather than a Jonathan Swift-style joke. If “marrying” cartoon characters, or dogs, or a can of motor oil still seems beyond the pale, wait ten years. (This isn’t a slippery slope argument, by the way. The point isn’t that “same-sex marriage” will lead to absurd results; the point is that it is itself absurd.)
When the correct – (classical) realist and (Aristotelian) essentialist – understanding of language and reality is followed out consistently, one comes to see that marriage is necessarily heterosexual (and, yes, that it can exist only between two real people). If you’re interested in the reasons why, read The Last Superstition, especially chapters 2 and 4. Until then, leave Lois Lane alone. She is, apparently, already taken, and I for one wouldn’t want Superman ticked off at me. (Sure, he’s not real, but apparently that doesn’t matter.)
Oh, and if you’re a Californian, vote “Yes” on Proposition 8 this Tuesday.