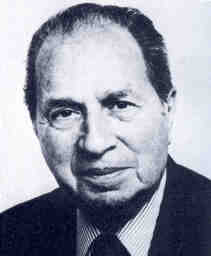 I have been remiss in my blogging duties. But further posts, and in particular, posts in continuation of my series on dualism, are forthcoming shortly. In the meantime, you might enjoy this exchange (in two parts, here and here, courtesy of YouTube) between William F. Buckley, Jr. and Mortimer Adler on the occasion of the publication of Adler's book Intellect: Mind Over Matter. The Aristotelian-Thomistic position defended in that book is relevant to some of the posts to follow.
After that, you might want to search for further videos of Adler on YouTube, of which there seem to be plenty. I am well aware, of course, that many mainstream academic philosophers dismiss Adler, because he (largely) wrote for a popular audience and took unfashionable positions. But here, as in so many other cases, such people simply don't know what the hell they are talking about. (I include my younger self, who also dismissed Adler before, you know, actually reading him...)
Posted by Edward Feser at 12:42 AM