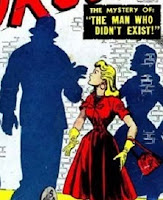 Recently, Mount Saint Mary College in Newburgh, NY hosted a workshop on the theme Aquinas on Metaphysics.  I spoke on the topic of “The Distinction of Essence and Existence.”  Audio of the talk has now been posted online at the Thomistic Institute’s Soundcloud page.

This topic is, by the way, covered in some depth in Five Proofs of the Existence of God, which will be out in a few weeks.