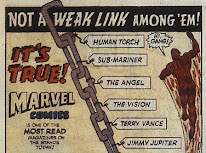 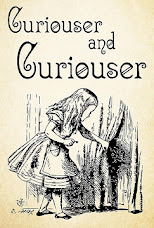 Aquinas tells us that curiosity is a vice.  Before you clutch your pearls, dear village atheist reader, know that Aquinas was not condemning the pursuit of knowledge as such.  On the contrary, he refers to such pursuit as “studiousness,” and he regarded it is a virtue, not a vice.  “Curiosity,” as Aquinas uses the term, refers instead to intellectual pursuits that are disordered in some respect.  (Compare: The sin of wrath is not anger, but the indulgence of disordered anger; the sin of lust is not sexual desire, but the indulgence of disordered sexual desire; and so on.  In each case, it’s not the thing, but the abuse of the thing, that is condemned.)
Read more »
Posted by Edward Feser at 7:22 PM 74 comments:

When I was seventeen, I wanted to be Al Williamson, the legendary science-fiction and adventure strip comic book artist.  Williamson is best known for his work on titles like Weird Science and Weird Fantasy for EC Comics in the 1950s, though in his later years he would be associated with the Star Wars newspaper strip and comic books.  (That was a tough one for me, since I love Williamson but can’t stand Star Wars.)  The uncolored original art for the classic opening panel from EC’s “Space-Borne!” (which you see to the left) gives a good sense of the Williamson style – elegant, lush, heroic.

For a larger sample of Williamson’s work , you might check out his adaptation of Ray Bradbury’s “A Sound of Thunder” for EC’s Weird Science-Fantasy; the amusing “The Success Story” from Warren’s Creepy magazine; his adaptation of the movie Blade Runner for Marvel Comics; and “The Few and the Far” from Pacific Comics’ Alien Worlds.  A new book, Al Williamson: Strange World Adventures, offers a pleasing overview of the cartoonist’s career, with a great many pages of original art reproduced on large pages in black and white so that the details of Williamson’s pen and ink work are all visible.

My book Five Proofs of the Existence of God is now available in a Spanish translation.  It has for some time been available also in German.

For anyone interested in other translations of my books: The Last Superstition has been translated into Portuguese, French, and German.  Philosophy of Mind is available in German.  A book of some of my essays is available in Romanian.

An exegetical principle from Fortescue

In his book The Early Papacy: To the Synod of Chalcedon in 451, Fr. Adrian Fortescue argues that the essential Catholic claims about the authority of the pope can all be found in patristic texts from the period referred to in the title.  You may or may not agree with him about that, but the papacy is not my topic here.  What I want to call attention to instead is a general exegetical principle Fortescue appeals to at the start.  He writes:

Before we quote our texts, there is yet a remark to be made.  Nearly all these quotations are quite well known already.  This does not affect their value.  If a text proves a thesis, it does not matter at all whether it is now quoted for the first or the hundredth time…  Naturally, people who deny [what we believe]… also have something to say about them.  In each case they make what attempt they can to show that the writer does not really admit what we claim, in spite of his words… The case is always the same.  We quote words, of which the plain meaning seems to be that their writer believed what we believe, in some point.  The opponent then tries to strip his words of this meaning… The answer is that, in all cases, we must suppose that a sane man, who uses definite expressions, means what he says, unless the contrary can be proved.  To polish off a statement with which you do not agree by saying that it is not meant, and leave the matter at that, is a silly proceeding.

Aquinas and Hayek on abstraction

Common sense and Aristotelian philosophy alike take it that we first know particular individual things (this triangle, that dog, etc.) and only afterward arrive at abstract ideas (triangularity, dogginess, etc.).  F. A. Hayek, who was a philosopher of mind as well as an economist and political philosopher, argued that this gets things the wrong way around.  The theme is most fully developed in his essay “The Primacy of the Abstract” (in his New Studies in Philosophy, Politics, Economics and the History of Ideas).  Thomas Aquinas, naturally, upholds the Aristotelian position.  However, though his views differ from Hayek’s in several crucial ways, there is a sense in which he allows that abstractions do have a kind of priority.  A compare and contrast seems worthwhile.  Let’s start with Hayek and then come back to Aquinas.
Read more »
Posted by Edward Feser at 7:31 PM 140 comments:

Longtime readers might recall Dave Armstrong, a Catholic apologist who, to put it gently, has a tendency to stretch the truth in bizarre ways.  His odd behavior has even inspired a definition:

armstrong, verb.  Boldly but casually to insinuate a falsehood in the hope that others will go along with it.  “Dave tried to armstrong me into a debate.  Can you believe that guy?”

Well, Dave “Stretch” Armstrong is at it again.  Apropos of nothing, he posted an article at his blog the other day suggesting that I have claimed that “Pope Francis favors divorce.”  That’s a pretty serious charge, but of course I have said no such thing.  Like other people, I have said that Amoris Laetitia is problematic insofar as its ambiguities seem to permit divorced Catholics living in adulterous relationships to take Holy Communion under certain circumstances, which would conflict with traditional Catholic teaching.  And like others (including Armstrong himself!), I have criticized the pope for not answering the dubia, and thereby making it clear that that is not what Amoris is meant to teach.  But that is a far cry from accusing the pope of actually favoring divorce.