It’s the next thrilling open thread! 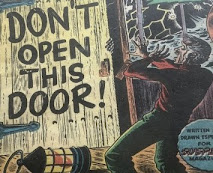 Please keep in mind, dear reader, that if you’re inclined to begin a comment with “This is off-topic, but…” then you shouldn’t post it.  Certainly I won’t approve it.  Wait for a post where it will be on-topic – such as this one, the latest, exciting open thread, where everything is on-topic.  From logic gates to interest rates, from CRT to CBD, from Charlemagne to House of Pain – the field is wide open.  Just keep it civil and keep it classy, as always.
Read more »
Posted by Edward Feser at 12:54 PM 268 comments:

The “first world problem” of evil

Suffering, atheists frequently assure us, is not what we would expect if God exists.  You might suppose, then, that where there is greater suffering, there will be fewer believers in God, and where there is less suffering there will be more believers in God.  But that appears to be the reverse of the truth.  As a friend pointed out to me recently, it is a remarkable fact that though life was, for most human beings for most of human history, much, much harder than it is for modern Westerners, they were also far more likely to be religious than modern Westerners are.  It is precisely as modern medicine, technology, and relative social and political stability have made life easier and greatly mitigated suffering that religious belief has declined.
Read more »
Posted by Edward Feser at 12:53 PM 107 comments:

Among the most interesting things about Chinese philosopher Lao Tzu (fl. 6th century B.C.) is that he did not exist.  Or at least, that’s what some modern scholars tell us.  I’m skeptical about his non-existence myself, and so will refer to him in what follows as if he were a real person.  In any event, that existence and non-existence are both attributed to Lao Tzu is oddly appropriate given what his classic work Tao Te Ching says about the ultimate source of things: “All things in the world come from being.  And being comes from non-being” (II, 40, Wing-Tsit Chan translation).  What does this mean?
Read more »
Posted by Edward Feser at 5:42 PM 77 comments:

Ioannidis on the politicization of science

Like other academics, I first became aware of John Ioannidis through his influential 2005 paper “Why Most Published Research Findings are False.”  That essay was widely praised as a salutary reminder from one scientist to his fellows of the need for their field to be self-critical.  With the COVID-19 pandemic, Ioannidis would become far more widely known, this time for expressing skepticism about some of the scientific claims being made about the virus and the measures taken to deal with it.  His warnings were in the same spirit as that of his earlier work, and presented in the same measured and reasonable manner – but this time they were not so warmly received.  In a new essay at The Tablet, Ioannidis reflects on the damage that has been done to the norms of scientific research as politics has corrupted it during the pandemic.
Read more »
Posted by Edward Feser at 5:23 PM 146 comments: 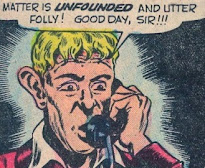 Materialism can at first blush seem to have a more commonsensical and empirical character than Cartesian dualism.  The latter asks you to believe in a res cogitans that is unobservable in principle.  The former – so it might appear – merely asks you to confine your belief to what you already know from everyday experience.  You pick up an apple and bite into it.  Its vibrant color, sweet taste and odor, feel of solidity, and the crunch it makes all make it seem as real as anything could be.  Anyone who says that all that exists are things like that might, whether or not you agree with him, at least seem to have the evidence of the senses in his corner.
Read more »
Posted by Edward Feser at 12:17 PM 181 comments: