The latest on Five Proofs and By Man

Some early reactions to Five Proofs of the Existence of God: At Catholic Answers Live, Karlo Broussard describes it as “a phenomenal book” and “the Bible of natural theology.”  At The B.C. Catholic, Christopher Morrissey judges it “a significant, original philosophical contribution to the scholarly discipline of natural theology” and his “favourite book among [his] summer reading.”
Read more »
Posted by Edward Feser at 7:08 PM 68 comments:

Philosophy Now interviews Raymond Tallis about his major new book on the philosophy of time.  At The Guardian, Tallis on how he writes.


More justice, less crime.  Joseph Bessette on “mass incarceration” as a consequence of mass crime, at the Claremont Review of Books.


Catholic Herald reports that Dominican theologian Fr. Aidan Nichols has proposed that canon law may require the inclusion of “a procedure for calling to order a pope who teaches error.”  Commentary from canon lawyer Ed Peters.

Five Proofs is out (Updated)

UPDATE 8/22: Some readers will be interested to learn that Ignatius Press is now offering an electronic version of the book.

My new book Five Proofs of the Existence of God is now available.  You can order it from Amazon or direct from Ignatius Press.  Brandon Vogt, friend of this blog and creator of the Strange Notions website, is kindly hosting a Q and A about the book at the site.


Here’s the book’s back cover copy:


This book provides a detailed, updated exposition and defense of five of the historically most important (but in recent years largely neglected) philosophical proofs of God's existence: the Aristotelian, the Neo-Platonic, the Augustinian, the Thomistic, and the Rationalist.
Read more »
Posted by Edward Feser at 6:02 PM 286 comments:

Jacobs on By Man Shall His Blood Be Shed

At Crisis magazine, philosopher James Jacobs reviews By Man Shall His Blood Be Shed: A Catholic Defense of Capital Punishment.  From the review:


The arguments are offered in a lucid and systematic manner so that they are accessible to those with no background in philosophy, theology or law.  For example, the opening chapter has an admirably clear introduction to the natural law, and the second chapter elucidates the relative authority of various theological sources.  They support their argument with copious examples, citing a profusion of authorities, ancient and modern.  Conversely, they engage a wide range of objections to their position with great dialectical subtlety…
Read more »
Posted by Edward Feser at 10:10 AM 8 comments: 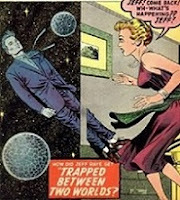 In his book Infinity and the Mind  (which you can read online at his website), Rudy Rucker puts forward the notion of what he calls the “Mindscape.”  He writes:


I think of consciousness as a point, an “eye,” that moves about in a sort of mental space.  All thoughts are already there in this multi-dimensional space, which we might as well call the Mindscape.  Our bodies move about in the physical space called the Universe; our consciousnesses move about in the mental space called the Mindscape.
Read more »
Posted by Edward Feser at 12:56 PM 66 comments: 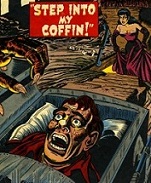 Recently I did a long Skype interview about By Man Shall His Blood Be Shed: A Catholic Defense of Capital Punishment for The Patrick Coffin Show.  You can watch it here.  (Boy do I need to master the art of Skype – I look like I just rolled out of bed.)
Read more »
Posted by Edward Feser at 1:53 PM 26 comments:

UPDATE 8/9: You can now hear the interview online here.

Tomorrow, Tuesday, August 8 at 11 am PT, Joe Bessette and I will be on The Dennis Prager Show to discuss our book By Man Shall His Blood Be Shed: A Catholic Defense of Capital Punishment.
Read more »
Posted by Edward Feser at 8:43 AM 2 comments: 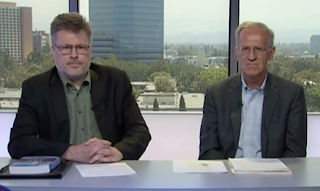 Yesterday, Joe Bessette and I appeared on EWTN’s The World Over with Raymond Arroyo to discuss our book By Man Shall His Blood Be Shed: A Catholic Defense of Capital Punishment.  The segment can now be viewed online.
Read more »
Posted by Edward Feser at 6:48 PM 13 comments: