As I’ve noted many times (e.g. here), when a thinker like Aquinas describes God as the First Cause, what is meant is not merely “first” in a temporal sense, and not “first” in the sense of the cause that happens to come before the second, third, fourth, fifth, etc. causes, but rather “first” in the sense of having absolutely primal and underived causal power, of being that from which all other causes derive their efficacy.  Second causes are, accordingly, “second” not in the sense of coming later in time or merely happening to come next in a sequence, but rather in the sense of having causal power only in a secondary or derivative way.  They are like the moon, which gives light only insofar as it receives it from the sun.


The moon really does give light, though, and secondary causes really do have causal power.  To affirm God as First Cause is not to embrace the occasionalist position that only God ever really causes anything to happen.  Alfred Freddoso helpfully distinguishes between occasionalism, mere conservationism, and concurrentism.  Whereas the occasionalist attributes all causality to God, mere conservationism goes to the opposite extreme of holding that although God maintains things and their causal powers in being, they bring about their effects all by themselves.  Concurrentists like Aquinas take a middle ground position according to which secondary causes really have (contra occasionalism) genuine causal power, but in producing their effects still only ever act together with God as a “concurring” cause (contra mere conservationism).  To borrow an example from Freddoso, if you draw a square on a chalkboard with blue chalk, both you as primary cause and the chalk as secondary cause are joint causes of the effect -- you of there being any square there at all, the chalk of the square’s being blue.  God’s concurrence with the secondary, natural causes he sustains in being is analogous to that.
Read more »
Posted by Edward Feser at 7:50 PM 38 comments:

God and man at HuffPo

Over at The Huffington Post, Rabbi Adam Jacobs defends the cosmological argument for the existence of God, kindly citing yours truly and The Last Superstition.  Give it a read, then sit back and watch as the tsunami of clueless objections rolls into the combox.

In another in a series of excellent interviews with contemporary philosophers, 3:AM Magazine’s witty and well-informed Richard Marshall talks to analytic metaphysician Stephen Mumford.  Mumford is an important and influential contributor to the current revival of interest in powers and dispositions as essential to understanding what science reveals to us about the natural world.  The notion of a power or disposition is closely related to what the Scholastics called a potency, and Mumford cites Aristotle and Aquinas as predecessors of the sort of view he defends.  Mumford’s notion of the “metaphysics of science” is also more or less identical to what modern Scholastic writers call the philosophy of nature.  But Mumford’s interest is motivated by issues in philosophy of science and metaphysics rather than natural theology.  The interview provides a useful basic, brief introduction to some of the issues that have arisen in the contemporary debate about powers.
Read more »
Posted by Edward Feser at 12:12 PM 71 comments:

Schliesser on the Evolutionary Argument against Naturalism 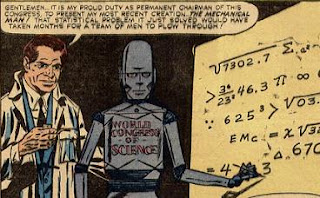 I commented recently on the remarks about Thomas Nagel’s Mind and Cosmos made by Eric Schliesser over at the New APPS blog.  Schliesser has now posted an interesting set of objections to Alvin Plantinga’s “Evolutionary Argument against Naturalism” (EAAN), which features in Nagel’s book.  Schliesser’s latest comments illustrate, I think, how very far one must move away from what Wilfred Sellars called the “manifest image” in order to try to respond to the most powerful objections to naturalism -- and how the result threatens naturalism with incoherence (as it does with Alex Rosenberg’s more extreme position).
Read more »
Posted by Edward Feser at 12:16 PM 434 comments:

Still busy trying to meet a looming deadline and prepare for a conference next week, so expect posting to be light for a few more days.  In the meantime here some things worth checking out elsewhere.

3:AM Magazine interviews Cambridge philosopher Tim Crane, an atheist who discusses the positive role his Catholic upbringing had on his becoming a philosopher; the need for atheists to tolerate, try to understand, and even give special privileges to religion; the difficulties with physicalism; the Aristotelian notion of substance; the work of Jerry Fodor; Burkean conservatism; Stephen Hawking, physics, and philosophy; and lots of other interesting stuff.

Oerter on inertial motion and angels

Last week I linked to my paper “The Medieval Principle of Motion and the Modern Principle of Inertia,” which appears in Volume 10 of the Proceedings of the Society for Medieval Logic and Metaphysics.  The paper addresses the familiar claim that Newton’s law of inertia has undermined the argument of Aquinas’s First Way, which rests on the principle that whatever is in motion is moved by another -- or, to state it more precisely, the principle that any actualized potency is actualized by something already actual.  I argue that when Newton’s principle and Aquinas’s are properly understood, it is clear that the objection has no force and that those who raise it have not even managed to explain exactly what the conflict between Newton and Aquinas is supposed to be.
Read more »
Posted by Edward Feser at 11:08 PM 340 comments:

Readers in England might be interested to know that on February 14 I will be speaking at Blackfriars, Oxford University, as part of the Blackfriars Aquinas Seminar.  The title of the talk is “Aquinas and the Immaterial Aspects of Thought.”  Information about the Seminar can be found here.
Read more »
Posted by Edward Feser at 11:26 AM 453 comments: