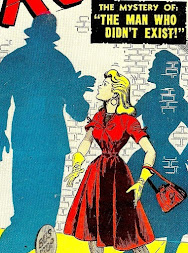 Second, McGinn says that the question is not plausibly addressed by philosophical views which are essentially anthropocentric (such as verificationism, pragmatism, and some versions of idealism).  Since human beings could have failed to exist, it cannot be correct to think of existence in terms of what we could empirically verify, or what is useful to us, or what we perceive.

Third, McGinn correctly notes that empirical science cannot answer the question either.  There can be a science of particular sorts of existing things – plants, animals, chemical elements, basic particles, and so on.  But “there cannot be an empirical science of existence-as-such” (p. 213).  He does not elaborate, but since part of what is involved in the question of being is whether what exists outstrips what is material or empirically detectable, it obviously cannot be answered by way of methods that confine themselves to matter and the empirical.

So far so good.  McGinn also correctly notes that even if we take the view that the notion of existence is primitive and unanalyzable, “it should be possible to say something illuminating about it – not provide a classical noncircular analysis, perhaps, but at least offer some elucidatory remarks” (p 211).

So why was I provoked?  Because McGinn also claims that in the history of philosophy, the question of being “has been ignored, evaded perhaps” (p. 212).  Indeed:

There is a huge gap at the heart of philosophy: the nature of existence.  In fact, we might see the history of (Western) philosophy as a systematic avoidance of this problem.  We have not confronted the question of being, not head on anyway. (p. 211)

When philosophers started to organize and educate, a few thousand years ago, they would be tacitly aware of the problem but had nothing useful to communicate, so they left it alone, kept it off the syllabus, and discouraged students from raising it.  And today we still have no idea what to say, beyond the two questions I mentioned earlier. (p. 213)

Seriously?!  Has McGinn not heard of Parmenides?  Plato on being and becoming?  Avicenna?  Aquinas’s De Ente et Essentia?  Heidegger’s Being and Time?  Sartre’s Being and Nothingness?  Gilson’s Being and Some Philosophers?  Obviously he must have.  And that’s just scratching the surface.  Nor has the question in fact been ignored by all analytic philosophers, as evidenced by books like Barry Miller's The Fullness of Being and Bill Vallicella’s A Paradigm Theory of Existence.  So, what the hell is McGinn talking about?

My guess is that McGinn simply has the myopia stereotypical of analytic philosophers (even if not actually fairly attributable to all of them).  To be sure, McGinn’s work often does engage seriously with the history of philosophy, though his range of knowledge of and interest in it seems not to extend before the early modern period.  And it would be churlish to criticize him too harshly, since, as I say, he does take the question seriously (which a truly myopic analytic philosopher would not do).

Still, the fact remains that it is hard to see how anyone even vaguely familiar with ancient and medieval philosophy could make the assertions he does.  And even analytic philosophers should know better – and as I have said, often do know better.  For example, thinkers like Wilfrid Sellars and Richard Rorty seriously engaged with the pre-modern history of philosophy.  Indeed, though they couldn’t be farther from Thomism, they knew of and to some extent engaged with the Thomist tradition as it existed in their day (mainly as filtered through writers like Gilson, Maritain, and Mortimer Adler).

One of the big themes of the Thomism of those days was the way that Thomism offered a deeper analysis of the nature of existence than the existentialism that was then all the rage.  For example, Maritain’s Existence and the Existent is devoted to that theme.  Now, as a Thomist whose training was originally in analytic philosophy, even I find Maritain’s style sometimes a bit hard to take.  So, you can be sure that McGinn would find it even more so.  All the same, such books evidence just how deeply the question of being was in fact being addressed by thinkers whose work earlier analytic thinkers engaged with.  And even some prominent contemporary analytic philosophers whose work McGinn would know are still engaging with them – consider, for example, Anthony Kenny’s book Aquinas on Being.

So, we’re not talking even six degrees of separation here.  Even given analytic myopia, it is remarkable that McGinn would make statements so bold, sweeping – and embarrassingly easy to prove false – as he did.  A few minutes of Googling should have dissuaded him.

You don’t have to read far into a book like Maritain’s to see that he offers exactly what McGinn asks for – an account (drawn, of course, from Aquinas) that tries to be “illuminating” and “elucidatory” even if it takes being to be in a sense primitive.  We have the classic Thomistic themes:

- Being is a broader notion than existence.  After all, the essence of a thing has a kind of being or reality, but it is (as the classic Thomistic doctrine holds) really distinct from the existence of a thing.

- Potentiality is a kind of being that is really distinct from actuality, and intermediate between actuality on the one hand and nothingness on the other.  Recognizing this distinction is essential to avoiding Parmenidean static monism on the one hand (which posits a world of pure being with no becoming), and Heraclitean dynamism on the other (which posits a world of pure becoming with no being).

- Connecting these two distinctions, the essence of a thing, considered in isolation, is a kind of potential being, and the existence of a thing is what actualizes that potential.

- Being is an analogical notion, where analogy is a literal middle ground usage between the univocal and the equivocal use of terms.  A substance, its attributes, its form, its matter, its essence, its existence, etc. all have being, but not all in exactly the same sense (even if not in equivocal senses either).

- Being is not a genus nor a universal of any kind.  The relationship between individual beings and Being Itself is not the relation between instances of a kind and the abstract kind of which they are instances.  It is rather a causal relation between that which requires that existence be added to its essence in order for it to be part of the world, and that which does not.

And so on.  You might reject all this.  You might judge that, at the end of the day, it doesn’t hold up, perhaps for reasons like Kenny’s.  (Though you shouldn’t – see my Scholastic Metaphysics for exposition and defense of the Thomist position.)  But you can’t deny that it amounts to exactly the sort of thing McGinn says we need and claims that philosophers have studiously avoided – a worked-out attempt to elucidate the nature of being.  And of course, Thomism is not the only school of thought that has tried to offer that, as the history of ancient and medieval philosophy (and even much modern philosophy) shows.

McGinn himself has some illuminating remarks to make in another article in the volume titled “Antirealism Refuted.”  To be sure, they’re not presented as an attempt to elucidate the question of being.  All the same, one of the ways that both common sense and philosophy try to understand reality is by contrast with thought.  For example, if you ask the average person what it means to say that unicorns are not real, he is likely to say that they are merely imaginary – that they cannot be found outside the mind.

Now, antirealist views in philosophy treat various phenomena that common sense takes to be real as if they had no existence outside thought, or outside language, or outside cultural practice, or what have you.  For example, an antirealist about moral value might say that morality has no foundation in objective reality, but reflects only our emotional states or cultural practices.  An antirealist about physical objects might say that physical substances are mere fictions that allow us to organize our experiences, or that the very notion of a substance (physical or otherwise) is a shadow of the subject-predicate structure of language but corresponds to nothing in reality.

McGinn points out that an antirealist view about some subject matter is essentially an error theory.  It holds that we systematically just get things wrong about that subject matter.  But interestingly, none of the usual sources of error can plausibly explain why we would be subject to the errors antirealism attributes to us.  Nor do antirealist theories offer plausible alternative suggestions about the source of the purported error.

McGinn points out, for example, that errors in astronomy might arise from perceptual illusion, errors in morality from prejudices, errors in politics from indoctrination, and so on.  But none of these sources plausibly explain the sorts of errors posited by metaphysical antirealism.  For example, even when none of the usual sources of perceptual illusion are operating, the antirealist about physical objects says we are still erring in judging them to be real.  But how?  What exactly is the source of this error if it is not (say) bad lighting, refraction, malfunctioning eyeballs, etc.?  We might claim, with more or less plausibility, that some specific moral opinion arises from prejudice.  But how exactly would the more general belief that there is such a thing as objective morality in the first place arise from prejudice?

McGinn’s basic argument against antirealism, then, is that it is an error theory that has no workable theory of error.  How might this elucidate the nature of being or reality?  Again, McGinn himself does not apply his argument to that particular question.  But it is relevant.  For error presupposes the distinction between truth and falsity.  And antirealism itself implicitly supposes that error – the failure to attain truth – entails a lack of correspondence between thought and reality, whereas there would be such a correspondence if we were not in error.

So, the realism/antirealism debate itself presupposes a conception of being or reality as something extra-mental, to which the mind conforms when it attains truth.  Being is a correlate of truth.  That gives us at least the beginnings of the kind of “illuminating” or “elucidatory” account of being that McGinn wants.  And here too the Thomistic tradition – which, in its endorsement of the medieval notion of the “transcendentals,” also says of being that it is convertible with truth (and with goodness, unity, etc.) – provides ingredients for developing the analysis further.

Fifty Shades of Nothing

Greene on Nozick on nothing

McGinn on mind and space