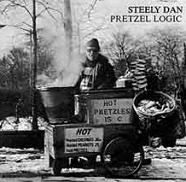 In a recent article (to which I linked last week), philosopher Massimo Pigliucci wrote:


[W]hile some people may very well be “Islamophobes” (i.e., they may genuinely harbor an irrational prejudice against Islam), simply pointing out that Islamic ideas play a role in contemporary terrorism and repression does not make one [an] Islamophobe, and using the label blindly is simply an undemocratic, and unreflective, way of cutting off critical discourse.


Furthermore, to insist that “Islamophobia” is the only alternative to regarding Islam as inherently benign is, Pigliucci says, to promote a “false dichotomy [which] is a basic type of informal logical fallacy.”

Not that Pigliucci, though himself an atheist, wants to attack Islam simply because it is a religion.  On the contrary, in the same article he criticizes “overconfident atheists” and “crass new atheism-style ‘criticism’ of religion,” dismisses the suggestion that any religion is somehow “the motherlode of bad ideas,” and acknowledges that “religions have done lots of good in the world throughout history.”  He simply thinks that we need to strive for “nuance” and to avoid “oversimplification,” whether we are speaking well of religious ideas or criticizing them.


All of which is, of course, perfectly reasonable.  Good for Pigliucci!


Recall that in a post from several months ago, I responded at length to some criticisms Pigliucci had raised against metaphysics as a subfield within philosophy.  A reader has called my attention to this Twitter exchange, in which Pigliucci is asked if he has replied to my critique.  Pigliucci responds:


[N]o, not particularly interested to engage with theologically-informed authors.  Sorry.


It is then pointed out to Pigliucci that this is a “surpris[ing]” response given that in fact my “defense of metaphysics doesn't rest on theological premises.”  To this Pigliucci replies:


End quote.  So, dismissing criticisms raised by a “theologically-informed author” is OK, even though the alleged theological premises do not actually play any role in the criticism but merely “lurk in the background” in some vague, unspecified way.  And even though this is (for the two or three readers to whom it is not already blindingly obvious) a textbook example of the informal ad hominem fallacy of poisoning the well.


What happened to “nuance” vis-à-vis religion?  When did “oversimplification” become acceptable?  How did an atheist’s dismissing something simply because it is vaguely associated with religion suddenly become non-“crass” and non-“overconfident”?  Why are informal fallacies suddenly OK?


Apparently, all of these miracles occur when Pigliucci himself becomes the object of criticism.  (Ah, the calm sunshine of the Humean mind!)


In fairness, though, when pressed to justify his claim that I have somehow “mistreated” Hume, Pigliucci says he’ll “take another look” at what I wrote.  So I await his more measured response to my (in fact completely non-theological) criticisms.