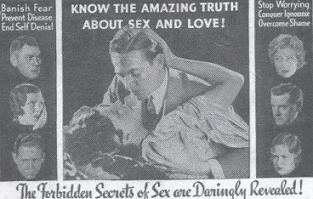 Here is a roundup of blog posts and other readings on sex, romantic love, and sexual morality as they are understood from a traditional natural law perspective.  [It is updated periodically to include more recent relevant posts and articles.]


My essay “In Defense of the Perverted Faculty Argument” appears in my anthology Neo-Scholastic Essays.  It provides a fairly detailed and systematic treatment of the Thomistic natural law foundations of sexual morality. Along the way it criticizes the so-called "New Natural Law" approach.
An excerpt from this essay appeared under the title “The Role of Nature in Sexual Ethics” in The National Catholic Bioethics Quarterly in 2013.  A longer excerpt was presented under the title “Natural Law and the Foundations of Sexual Ethics” in the talk I gave at the Princeton Anscombe Society in 2015.  But those interested in seeing the complete essay should get hold of Neo-Scholastic Essays (or follow the link to the essay provided above).  (I also presented some of the relevant ideas in The Last Superstition, at pp. 132-53.  But the new essay goes well beyond what I had to say there.)
"The Metaphysical Foundations of Sexual Morality," appeared in The Palgrave Handbook of Sexual Ethics, edited by David Boonin.  It sets out the metaphysical assumptions underlying the natural law approach to sexual morality and liberal approaches to the subject.
"The Politics of Chastity" appeared in the journal Nova et Vetera.  It sets out the Thomistic natural law approach to sexual morality and its sociopolitical implications.