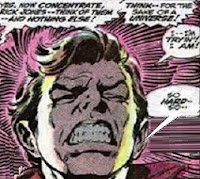 Perhaps the most vivid manifestation of the cluelessness of New Atheists is their strange compulsion to comment at length on books they admit they have not read.  Naturally, you see this frequently from anonymous doofuses in comboxes, Amazon reviews, and the like.  But what is really remarkable is how often even otherwise intelligent and educated people make fools of themselves by doing exactly what they accuse religious believers of doing – forming an opinion based on preconceptions rather than the actual evidence.  We saw biologist Jerry Coyne do this a few years ago when he devoted over 5000 words across two blog posts to harshly criticizing a David Bentley Hart book he admitted he had not read.  The latest example comes from theoretical physicist Mano Singham at Freethought Blogs.

Singham’s target is my new book Five Proofs of the Existence of God, about which he makes some highly critical remarks, despite admitting twice in the course of his blog post that he has not read it.  Here’s my favorite line:


I have not read his new book and so can only guess at these proofs but going by the names that are dropped I can guess that they consist of warmed over versions of the prime mover, Kalam, design, and the ontological arguments.


End quote.  Where does one begin?


First, the “names that are dropped” to which Singham refers are those of Aristotle, Plotinus, Augustine, Aquinas, and Leibniz.  Why on earth would anyone conclude from those names that the book defends the kalam, design, and ontological arguments, specifically?  (I do, of course, defend Aristotle’s prime mover argument.)


Second, not only do I not defend the kalam, design, and ontological arguments in the book, but I have, of course, been critical of each of those arguments here at the blog and elsewhere.


Third, why would an academic and a scientist who presumably prides himself on grounding his opinions in empirical evidence, avoiding the rationalization of preordained conclusions, etc. want to make a judgment on the basis of a “guess” as to what is in the book instead of actually looking at the book itself?  Even if he just wanted to find out what arguments are actually covered without reading the book, he could do that in five seconds by using the “Look inside” function at Amazon.


The rest of the post isn’t any better.  Singham writes:


One of the paradoxical signs that god does not exist is how religious apologists keep trying to prove that s/he does exist. After all, no one tries to prove that the Earth exists or that the Sun exists.  Surely the existence of gods should be at least as manifest.


End quote.  What we have here is a variation on what’s called the “divine hiddenness” objection.  And as it happens, I reply to that objection at some length in the book, at pp. 300-304 – which Singham would know if he’d bothered even to skim through the book before raising this objection against it.


Then there’s this remark:


David Hume back in 1779 dismissed the idea that one could prove the existence of a god using rational arguments alone in his Dialogues Concerning Natural Religion.


End quote.  Gee, if only I’d been aware of Hume’s objections before writing my book!  Oh wait… that’s right, I also do in fact respond to Hume’s various objections at some length throughout the course of the book – as, again, Singham would know if he’d bother to take a look at it before opening his mouth.  (By the way, Hume died in 1776, and thus wasn’t doing any “dismissing,” or much of anything else other than rotting, in 1779.  Apparently, Singham can’t be bothered even to read Wikipedia, much less books, but instead “guesses” – as always, wrongly – what it says.)


Singham also objects that “the whole idea of ‘proof’ in the mathematical sense has no place when it comes to establishing empirical facts such as the existence of entities.”  Well, I am not using the mathematical notion of proof, but I do address objections to the use of the word “proof” in the book, at pp. 305-307 – which, once again, a glance at the book would have told Singham.


Singham also complains that “as wags have suggested before, you would not need five arguments for god’s existence if any one of them were really good.”  It’s amazing how many atheists are impressed by this very silly objection.  Consider that any good prosecuting attorney will develop several lines of argument to establish the guilt of the accused, and any good defense attorney will develop several lines of argument in order to undermine the prosecutor’s case.  No one would make the absurd suggestion that either attorney’s case is somehow suspect because he’s got more than one argument!  Or consider the evolutionary biologist who calls attention to several lines of evidence that point to descent with modification – homologies, DNA evidence, and so forth.  No one would make the moronic remark that if descent with modification were real, then one line of argument should be enough to establish it.


Yet when a theist suggests that there are multiple lines of argument that establish God’s existence, some atheists (namely the “New” type) pretend that this is somehow a weakness in the theist’s position.  Why the double standard?  How did so manifestly asinine a “criticism” ever come to have the popularity it does?


Could it get any worse?  As always with New Atheist types, it can, and swiftly does.  Singham links to another post he wrote about me several years ago.  And what that post shows is that the reason Singham did not read my book before criticizing it is that, apparently, he does not know how to read.


Singham quotes from an answer I gave some years ago to a question a reader asked me about how one could argue that the First Cause of philosophical arguments for God’s existence is identical to the God of Christianity.  I responded by summarizing the various lines of argument a Christian apologist should set out, and in what order he ought to proceed.  For example, I said that one should first set out arguments for God’s existence, for the divine attributes, for divine conservation, for the immortality of the soul, etc.; that one should also develop objections to the rival world religions before moving on to the positive defense of Christianity; that one should, only after doing all this, address the question of Christ’s resurrection, the Trinity, and other specifically Christian claims; and so on.  (I have since addressed this issue at greater length in a post from a few years ago.)


In other words, I was simply summarizing how the branch of theology known as apologetics would set out its main topics and lines of argument.


Now, here is Singham’s utterly bizarre characterization of what I had said:


For mainstream Christians, if one is baptized, usually as a newborn infant, you are considered a Christian.  As far as evangelical Christians are concerned, all you have to do is say that you accept Jesus Christ as your lord and savior…


But is it that simple to be a Christian?  Not everyone thinks so…


Singham then quotes some of the points I made in reply to the reader and then says:


That’s pretty heavy duty stuff.  I would have thought that would have been formidable enough to cause any rational Christian to immediately throw in the towel.  Note also that you are expected to show all these through independent and purely philosophical arguments….


But wait, there’s more!  He then says that to be a Christian, you also have to be able to show why all the other religions are false…


So there you go, Christians.  None of that wishy-washy “If you accept Jesus as your savior, you are a Christian” short cut.  That’s for slackers. Get to work meeting all of Feser’s requirements before calling yourself a Christian.


End quote.  In other words, according to Singham, what I claimed is that in order to be a Christian, one has to develop extremely sophisticated and detailed lines of argument that only a very few people have the time, skill, or knowledge for.  Baptism is not enough.


How a person with basic reading skills who is both intellectually honest and not under the influence of drugs, alcohol, or paint thinner could possibly see that in what I wrote, I have no idea.  Again, I was (quite obviously) talking about what an apologist should do, not what the average Christian needs to do.


But then, Singham doesn’t really read things before commenting on them.  He “guesses” what is in them, and goes from there.


This kind of stuff, it seems, is what passes for “thought” at “Freethought Blogs.”


A clue for Jerry Coyne