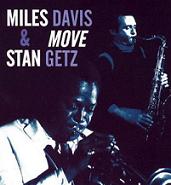 William J. Prior’s Ancient Philosophy has just been published, as part of Oneworld’s Beginner’s Guides series (of which my books Aquinas and Philosophy of Mind are also parts).  It’s a good book, and one of its strengths is its substantive treatment of Greek natural theology.  Naturally, that treatment includes a discussion of Aristotle’s Unmoved Mover.  Let’s take a look.

After a lucid exposition of Aristotle’s conception of the universe and how the prime Unmoved Mover fits into it,  Prior tells us that “there are at least three objections that could be raised to Aristotle’s cosmology, apart from the obvious ones raised by modern science” (p. 161).  The first concerns the “self-absorbed” character of the Unmoved Mover.  Since he contemplates only himself, he cannot be said to know or providentially govern the universe.


Prior’s second objection concerns the idea that the Unmoved Mover moves the world by virtue of being a final cause -- in particular, by being that which everything in its own way strives to emulate.  A final cause, says Prior, needn’t actually exist in order to be efficacious.  For example, the house a carpenter intends to build is the final cause of his activity, and in some sense it explains that activity even before the house is actually constructed.  But in that case, why couldn’t the Unmoved Mover function as the explanation of the movement of things even if he doesn’t actually exist?


Prior’s last objection concerns the idea that the Unmoved Mover is pure actuality, without potentiality.  Aristotle explains everything else in terms of both potentiality and actuality, and he holds that nothing could be purely potential.  So how could there be something which is purely actual, and not the actuality of some potentiality?


Some of these objections can, I think, be dealt with briefly and those who have read what I’ve written about Aristotelian arguments from motion or change to the existence of God (in Aquinas, in Neo-Scholastic Essays, and elsewhere) will know how the responses would go.  First, as to Prior’s allusion to science, as modern Thomists have shown, the basic idea of the Aristotelian argument for a divine Unmoved Mover in no way depends on outdated assumptions in Aristotelian physics, astronomy, and cosmology.  The theory of actuality and potentiality can easily be extracted from all that, and that is what is essential to the argument.


Hence, unless Prior has some independent argument for the claim that actuality and potentiality are after all equally fundamental aspects of reality, his last objection has no force.


The response Thomists would give to Prior’s first objection, of course, is that (whatever Aristotle himself thought) the Unmoved Mover does know the world, by virtue of knowing himself as cause of the world.  That is to say, he knows the world in something like the way a novelist knows what happens in the story he has written -- not by way of any kind of observation, but rather by way of knowing his own thoughts as author of the story.


I don’t think so, for a couple of reasons.  First, Aristotle would have been open to it if his argument for the Unmoved Mover had been along something like the following lines: Natural things tend to act in ways that are in some respects like something divine and unchanging (e.g. heavenly bodies move unceasingly in circular orbits, species of living things carry on forever even though the individual members come and go).  Therefore they must be “aiming” at emulating something like an Unmoved Mover.  If this were Aristotle’s argument, Prior could reasonably ask why this Unmoved Mover would have to actually exist in order for things to “aim” at emulating it in this way.


Second, it seems that, even if his argument were what Prior needs it to be in order for Prior’s objection to have force, Aristotle could still respond to Prior by appealing to his principle that nature does nothing in vain.  Hence, for example, animals seek food because there really is food out there for them to get to.  Of course, this or that individual animal might fail to find it in time and thus starve to death, but if there were no food at all for any animals ever to get to, their natural desire for food would be vain (and of course none of them would ever survive).  In Aristotle’s view, nature is never perverse in that way.  It doesn’t put desires into us which could never even in principle be realized. (Of course, there are desires that cannot possibly be realized, e.g. a strange desire some person might have to be a fish.  But precisely because they cannot possibly be realized, they would not for Aristotle be natural desires.  They would be disordered or aberrant.)


So, if nature does nothing in vain, then it seems that Aristotle could reply to Prior by saying that if things have a natural tendency toward the Unmoved Mover, then there must be an Unmoved Mover.  Otherwise this tendency would be in vain.  (Obviously someone might go on to object to the Aristotelian principle that nature does nothing in vain, but that is beside the present point that Aristotle would have the resources to respond to Prior’s objection even if his argument were the way Prior needs it to be in order for Prior’s objection to get off the ground.)