A reply to Dreher 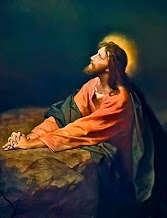 Rod Dreher has responded to my recent post about him and Steve Skojec.  What follows is a reply.  Let me start by saying that I appreciate the good sportsmanship evident in his response.  Dreher has made his own personal spiritual crisis central to his writing about his understanding of Christianity and his reasons for leaving the Catholic Church.  There is simply no way one can disagree with him, however gently, without opening oneself up to the cheap and unjust accusation that one is being insensitive to the suffering he underwent.  Dreher does not play that game, which is to his credit.

In this, Dreher is being consistent with the approach he takes elsewhere.  Our culture is highly emotive and subjectivist.  Defending a moral or political position by appealing to one’s personal experience or feelings, and preemptively dismissing all disagreement as cold-hearted or insensitive, is a routine rhetorical tactic.  Dreher has no truck with such sophistry when it is deployed by Critical Race Theorists, transgender extremists, and the like.  It would hardly do for him to play the “I’m offended!” card when his own views and choices are at issue.  I think Dreher realizes this, and thus responds in a reasonable and civil way despite how personal the issue is for him.

To be sure, Dreher does wonder aloud whether I have personally ever suffered any sort of spiritual crisis.  The answer is that I most certainly have.  But first-person spiritual and confessional writing is not my style.  I have nothing whatsoever against it; on the contrary, I have profited much from such writing.  It just isn’t what I do.  More to the point, it really doesn’t matter for what is at issue, which is whether a Catholic should ever leave the Church, on the basis of a spiritual crisis or for any other reason.  You aren’t going to settle that question by having two writers do a kind of dark night of the soul dance-off.

Now, I certainly agree that compassion is called for when people undergo spiritual crises and suffering of the kind that Dreher and Skojec have undergone.  But it doesn’t follow that we should agree with, or at least refrain from even gently criticizing, any decision that their suffering led them to make, especially when that decision is itself fraught with spiritual implications.  If some spiritual or other personal crisis led someone to become an atheist, or to adopt Critical Race Theory, or to opt for sex reassignment surgery, Dreher would judge this to be a grave mistake.  He might sympathize with the person and refuse to judge or condemn him, but he would still hope that the person would eventually come to see the error of his ways.  Hence Dreher can hardly dismiss out of hand the criticisms of those who believe that by leaving the Church, he has made an analogous mistake.  If feelings and personal experience are not enough to settle the matter in the one sort of case, they are not enough to settle it in the other case either.

Dreher suggests that it is not fair to judge what he has written as if he were a professional philosopher or apologist.  Fair enough.  I certainly don’t think that every Christian has to be an apologist, a philosopher, a theologian, or even much interested in the sorts of technical questions such specialists deal with.  Far from it.  However, it simply doesn’t follow that non-specialists should be immune from criticism when they make a serious theological error – especially when they may lead others into the same error.

Dreher tries to rebut my charge that his departure from the Catholic Church ultimately had a purely emotional basis that cannot survive rational scrutiny.  But it seems to me that his remarks in fact confirm my original judgment.  On the one hand, Dreher tells us that part of the reason for his leaving the Church had to do with doubts about the doctrine of papal infallibility.  But he also admits that he “didn’t think the case against it was a slam-dunk” and that he was “not… able to reach a conclusion that felt solid.”

He also says that he was moved by the Eastern Orthodox emphasis on the theme that “the point of the entire Christian life is theosis.”  But that too hardly provides a reason to abandon the Church for Eastern Orthodoxy, because theosis is also part of the Catholic tradition, even if it is a part that is too often neglected.  (Indeed, as I have described elsewhere, the theme of theosis and its expression in Church Fathers like St. Irenaeus and St. Athanasius had a profound effect on my own thinking when I was moving away from atheism and back to the Church.)

As usual, Dreher’s main emphasis is on how spiritually broken he was and how angry he was at the Church at the time he left it, and on the solace that his Eastern Orthodox parish provided.  But while I believe that we ought to sympathize with what he went through, and that it provides an explanation of his decision, it simply does not provide a justification for it.  Certainly it does not provide a justification for advising others to do what Dreher did.

As Dreher well knows, an Eastern Orthodox Christian could, given his own circumstances, find himself in as spiritually arid a condition as Dreher was in, and find solace in a good Catholic parish.  Hence the appeal to contingent personal spiritual circumstances is simply not sufficient to justify leaving the Catholic Church for Eastern Orthodoxy (or Eastern Orthodoxy for Catholicism, for that matter).  A theological liberal, who takes matters of doctrine lightly, might regard such an appeal to personal experience as decisive.  But Dreher is not a liberal.

Stomping one’s foot and decrying how coldly logical, impersonal, and spiritually arid such remarks are (as some readers will no doubt be inclined to do) does not make them any less true.  And again, to sympathize with Dreher and acknowledge the real pain he went through does not entail that one must agree with the decision that it led him to.  It most certainly does not entail that one ought to stand back silently while he encourages others to do what he did.

Nor, in any event, is the accusation of impersonal logicality and spiritual aridity just.  On the contrary, the point of my original post was precisely to remind understandably troubled fellow Catholics of the deeply personal nature of our relationship to Christ and to his Bride, and that this relationship is especially manifest in suffering.  I was urging that we keep in mind always the Christ who was beaten raw and bloody, spat upon, mocked, falsely accused, deserted by his friends, persecuted by religious and political authorities, nailed to a cross, and stabbed, and who suffered agony in the garden of Gethsemane in anticipation of all this.  I was urging that we keep him in mind especially when we undergo suffering ourselves, and that we remember too that our undergoing such suffering is precisely what he predicted for us and asks of us.  I was urging that we remember that he underwent this suffering for his Church.  I was urging that when we think of the Church we ought not to imagine the sinful and disappointing individual human beings who make it up at any particular moment, but ought rather to think of her as Christ’s Bride and our own Mother – so that we do not abandon her any more than Christ did.  And I was urging that we remember that one of the lessons of the Passion is precisely that Christ is at no time as close to us as he is when we suffer.

I do not expect Dreher to be moved by such considerations to reconsider his decision to leave the Catholic Church.  But Catholics who are troubled in the way that Skojec is might be moved by them.  That Dreher was, even if tentatively, recommending that such Catholics follow his own example is what seemed to me to call for a response.